As with anything Apple, there's always more than one way to skin a cat, or in this case, to email a Safari webpage to a friend. With the webpage open, go to your File menu and choose either the Mail Contents, or Mail Link To This Page. Advanced users might prefer to use the keyboard shortcuts. Alternately, you can customize your Safari Toolbar to show the email toolbar icon

Add Auto-Responder To Your Emails

You can add an auto-responder to your email, so that all incoming emails are automatically responded to with an instant and consistent message. This can be handy when on holiday, or for many other reasons. Go to your Preferences menu in your Mail program and navigate to the Rules panel. Choose 'Add Rule' and give your new rule a name. Select a parameter from the list (ie., sender in address book, subject includes, etc.) choose to reply to message and type in your chosen reply. Apply rule.

Your email program will auto-fill the address of any recipient you may have emailed in the past. To edit or delete a previous recipient, navigate to the 'window' menu in your top menu bar, select 'previous recipients' and clean up any addresses you no longer wish to autofill. 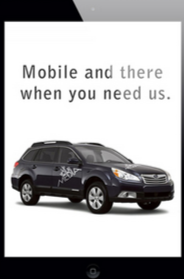 Your emails don't have to go out with the same old default signature 'Sent from my iPhone'. To customize this line, go the settings icon on your IOS device home screen, choose 'mail, contacts and calendars' and navigate to the signatures tab. Swipe the arrow to the right and input the signature of your choice.

Every iPhone or iPad user should install and deploy this free app from the App store. Launch the app and sign in using your Apple ID. If you should ever misplace your iPhone, or have it stolen, you can login to iCloud from any other computer and find your device on a map. You can also play a sound on the iPhone to help you locate it, you can lock it and you can even erase it. Keep in mind that the power has to be on for this feature to work, a smarter thief may be able to power the device down to avoid detection.

Add Desktop Shortcut From Your Favourite Website And Change Icon

It's easy to add a shortcut to your favourite website to your desktop, simply open the website in Safari, grab the favicon to the left of the website address in the toolbar, and drag it to your desktop. To change the icon, copy an image you'd like to replace it with, click the icon in your desktop, choose Get Info, and paste the new image onto the old one.

Your email goes out with your account profile picture in the top right corner. To change the picture displayed in your mail, go to your Address Book and find your User Card, indicated by the icon shown. Double click on the photo or image displayed, then click Choose to navigate to your iPhoto library and choose a new photo, or through your folders to find another image. You can also use the camera to take a photo using your iSight camera.

This 3rd party application, available for free at your App store, actually works to locate and delete exact iPhoto duplicates. Free up a little disk space and trim down those annoying duplicates.

Create PDFs with the print function.

The easiest way to create a PDF (portable document format - the best format for sharing documents across multiple platforms), open your document in the application where you created it, (safari, pages, word, mail) click print, in the lower left corner of the dialogue box, open the 'pdf' drop-down box and choose 'save as PDF'.

This one's easy. When browsing in Safari, you can mail the contents of your page by going to your file menu and choosing 'mail contents of this page.' or 'mail link to this page'.

You can transform your Pages documents to All Caps, Small Caps or none, using the Format > Font > Capitalization feature in the Format drop down menu.

How to create movie and screen recordings using QuickTime:

Passwords and Security for Macs and for Mail

It’s a common perception that Macintosh computers are immune to viruses and malware, but technically, that’s not quite true. Despite Apple’s more secure UNIX based operating system, any computer is susceptible to attacks from unscrupulous programmers. However, in 20 years of using Macs online on a daily professional basis, I’ve yet to hear first hand of any successful, debilitating mass attack. To this day, the only reason I have an antivirus software on my computer, is because I was asked by a client to test it. I check it every 2 weeks or so, with no reported attacks.

Email is another issue that can be problematic from a security standpoint, particularly webmail services, such as Hotmail, Yahoo and Gmail. Hotmail is probably one of the most hacked email services out there, and you’ve probably gotten emails in the past year from ‘friends’ whose accounts have been compromised, and who have unwittingly spammed their entire contacts list. Your best defense against such potentially harmful hacking is to change your password to something more secure, and change it again every few months.

When I say a more ‘secure’ password, that means that it should not be a common word, or string of numbers. According to the New York Times, the most common passwords out there are ‘12345’, followed (logically) by ‘123456’, and then, if you can believe it, ‘password’. And if you’re one of the 70% of people I meet whose password is the name of their pet, or their children, don’t worry, there’s help for you.

One trick I use when creating a new password is to substitute certain letters for numerals, ie., if the word contains an ‘O’, I’ll use zero. If it has an ‘E’, I’ll use the number three, and if there’s an ‘I’, I’ll substitute a one. Also, any letter in the word that falls on the top row of the qwerty keyboard, I will capitalize, thus making the password far harder to hack by any online robot. Visually it will look similar to the word I find easy to remember, but it’s far more secure against hackers. For instance, if one of my favourite authors is Farley Mowat, I might have a password that looks like faRl3Y. If my pet’s name is Luther, my password mght look like lUTh3r. It might.

Passwords are probably the most problematic issue for casual users. If I had a nickel for every time I asked a client for their computer, email, Skype, Apple ID or wifi password, only to be greeted with a blank stare, I’d be a wealthy man. As discussed in the last installment, the Keychain access utility on your Mac will remember your lesser passwords for you, and allow you to retrieve them if need be, but you will need to know your computer user password to access them.

You can get away with not having your Apple computer’s password for a short period of time, but any software updates or installs will require that you remember it eventually. Luckily you can change the user password by booting from your system disk, included in the box at purchase time. To do so, insert the disk, click restart and hold down the ‘C’ key until you see the grey screen and spinning gear. Once it’s up and running, there will be a list of utilities in a drop-down box. Choose ‘reset password’ and input a password that you will remember, according to some of the previous hints. If you’re running Lion or Mountain Lion, hold the Option key on startup and choose the Recovery HD icon. That will bring up a similar set of options.

When it comes to passwords, my suggestion is to use one or two straightforward passwords for inconsequential websites, like Facebook or Skype, and another one or two more secure passwords for more sensitive uses, such as email or online banking. And it wouldn’t kill you to write them down somewhere and store them somewhere not far away, because your main security threat is not the person who breaks into your home to steal your valuables, but some professional in an office in Russia, or his mom’s basement in Dakron, sniffing around for trouble.

Protect yourself with strong passwords.